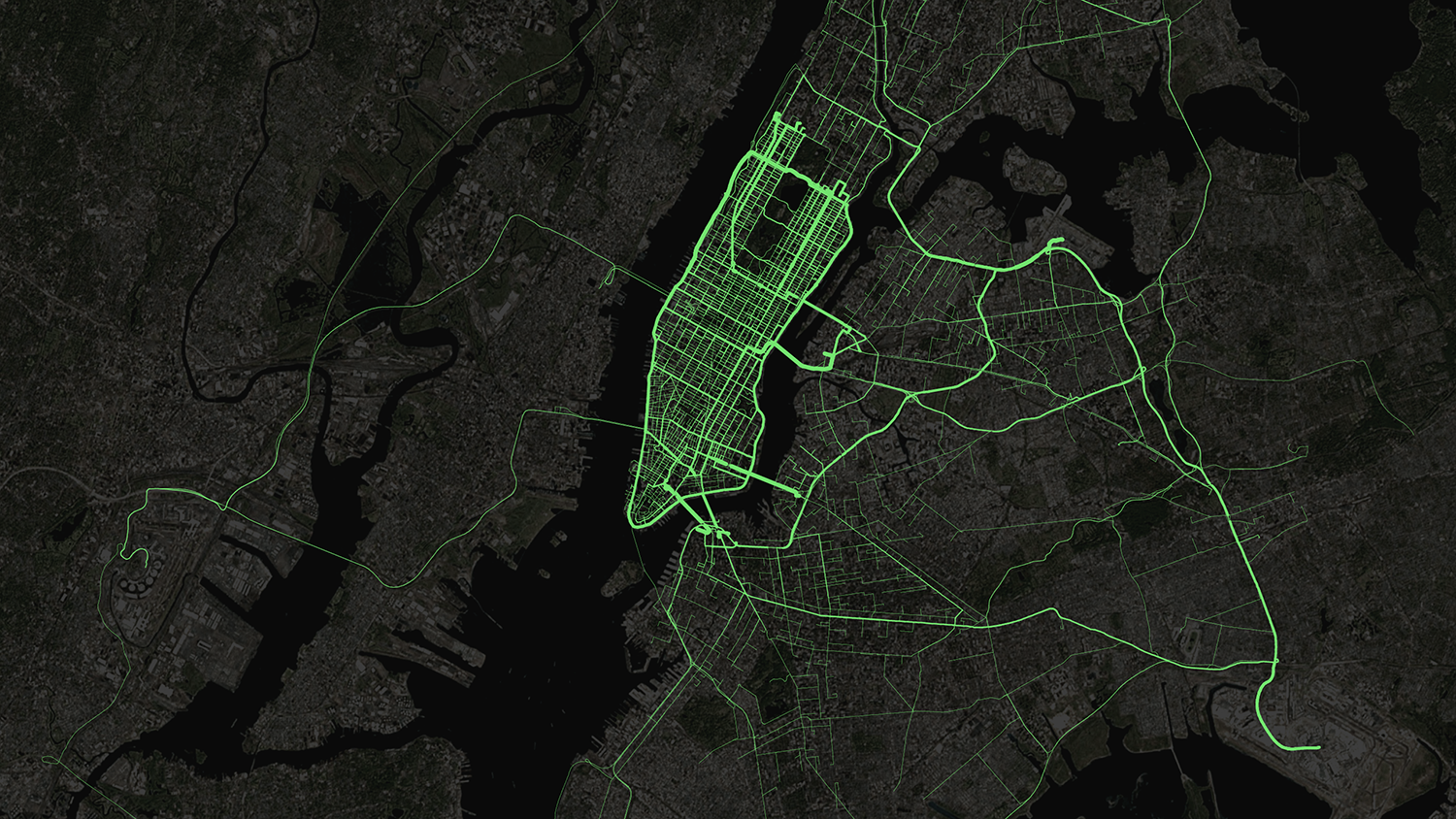 Taxicabs are ubiquitous in cities throughout the world, and the industry is going through tremendous regulatory change with the growth of app-based taxi services. In the United States, where taxicabs are typically regulated locally, licenses allow taxis to pick up passengers in designated cities and airports. This means that for trips that end outside of licensed boundaries taxicabs are prohibited from picking up passengers and are forced to make “deadhead” return trips. Restrictions on places where passenger trips hail a ride exist for new app-based taxi services as well, such as access to airport travelers which is typically allowed through a license granted by the airport operator. This research estimates empty taxi travel associated with spatial restrictions on passenger trip origins in New York City. 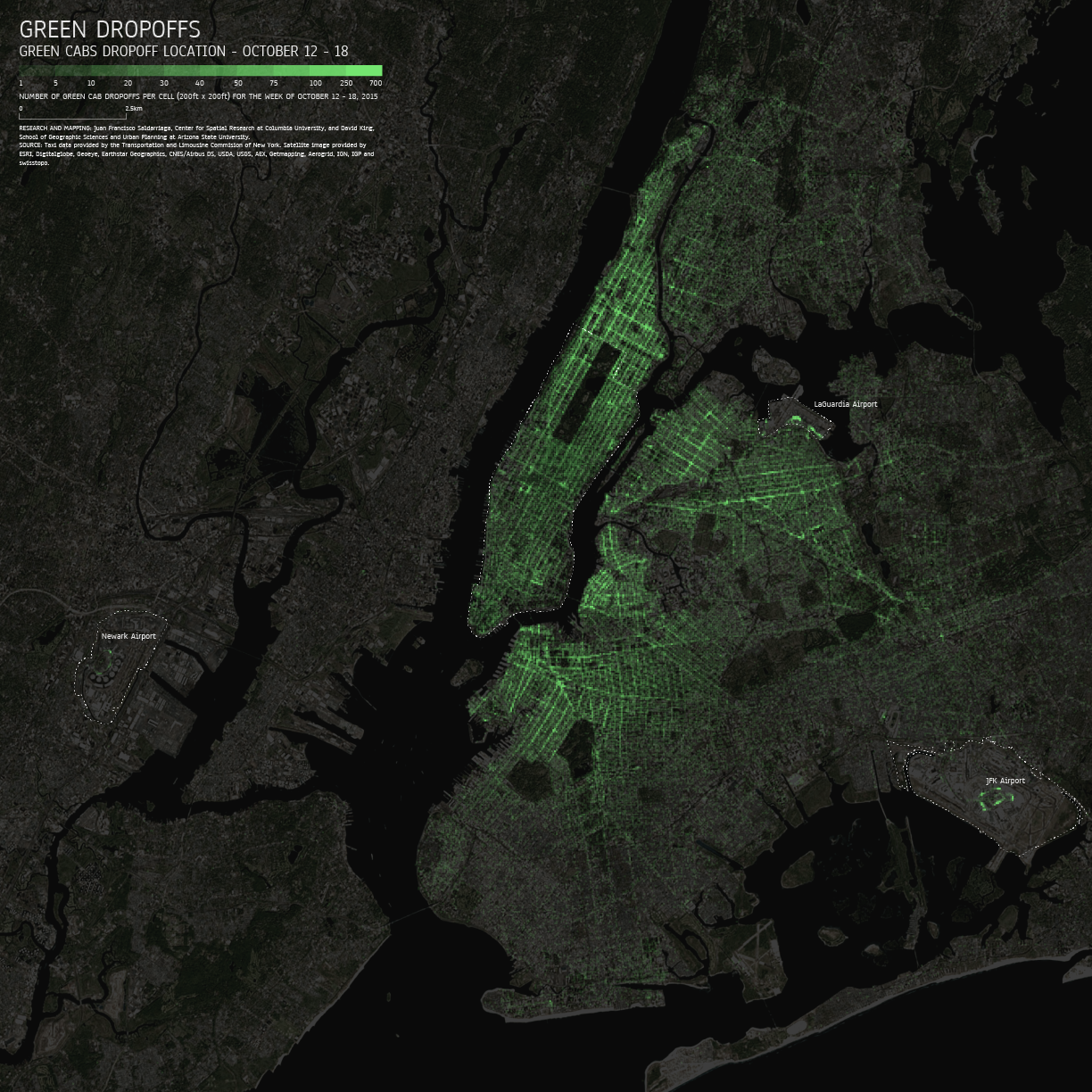 This research takes advantage of a 2012 policy change in New York City that allows for a natural experiment. New York introduced a special taxi category intended to improve taxi access in areas of the city considered underserved by taxi drivers. These Green Taxicabs, as they are called, can drop off passengers anywhere in the city but are restricted from picking up passengers in the central business districts and at any of the region’s airports. This is in contrast with the iconic Yellow Taxicabs that can pick up and drop off anywhere in the city. Using detailed trip data for each taxi ride, we estimate that up to 500,000 kilometers per week of deadhead travel is associated with restrictions on pick up locations and over 20 percent of all Green Taxicab trips end in an area where the driver is prohibited from picking up a new passenger. 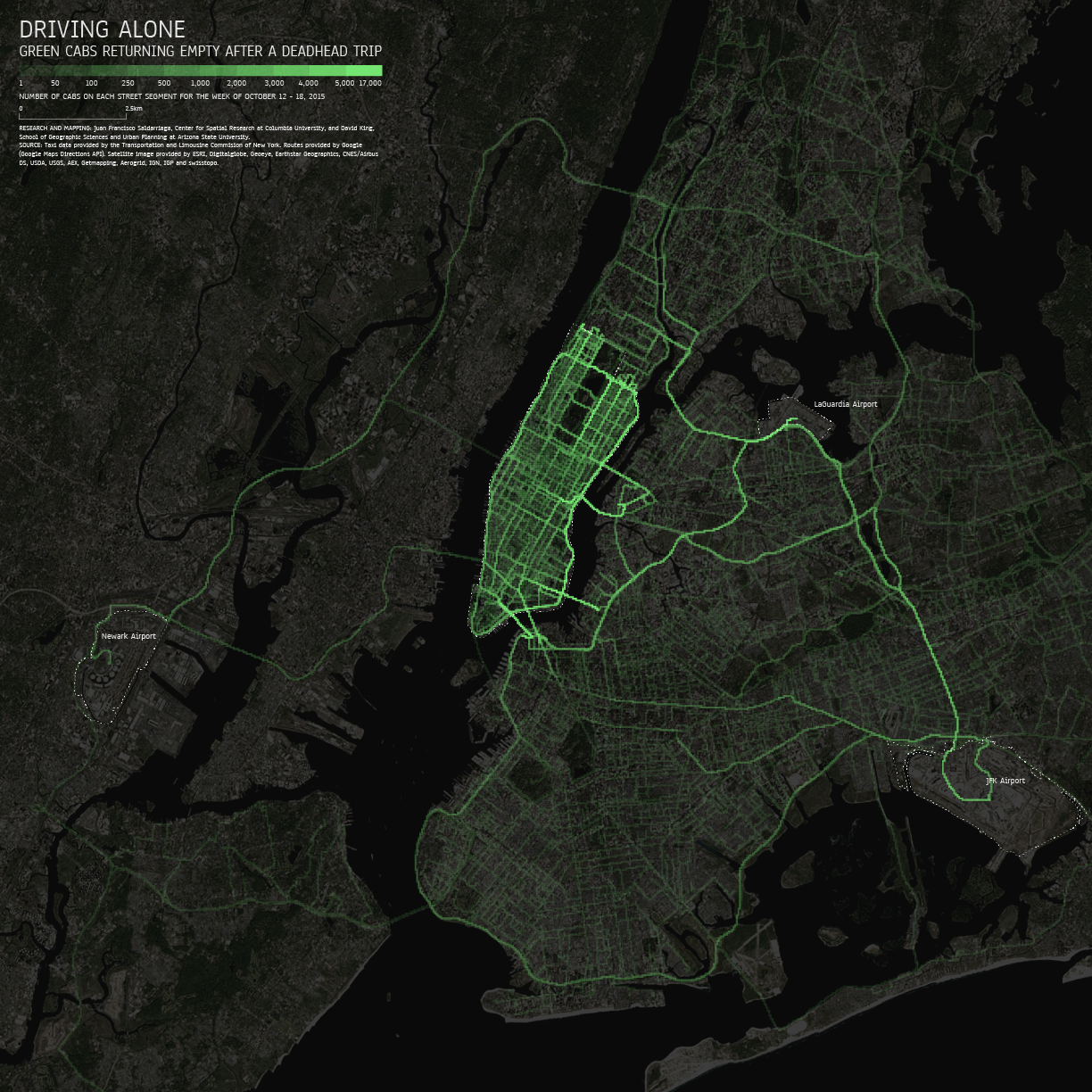 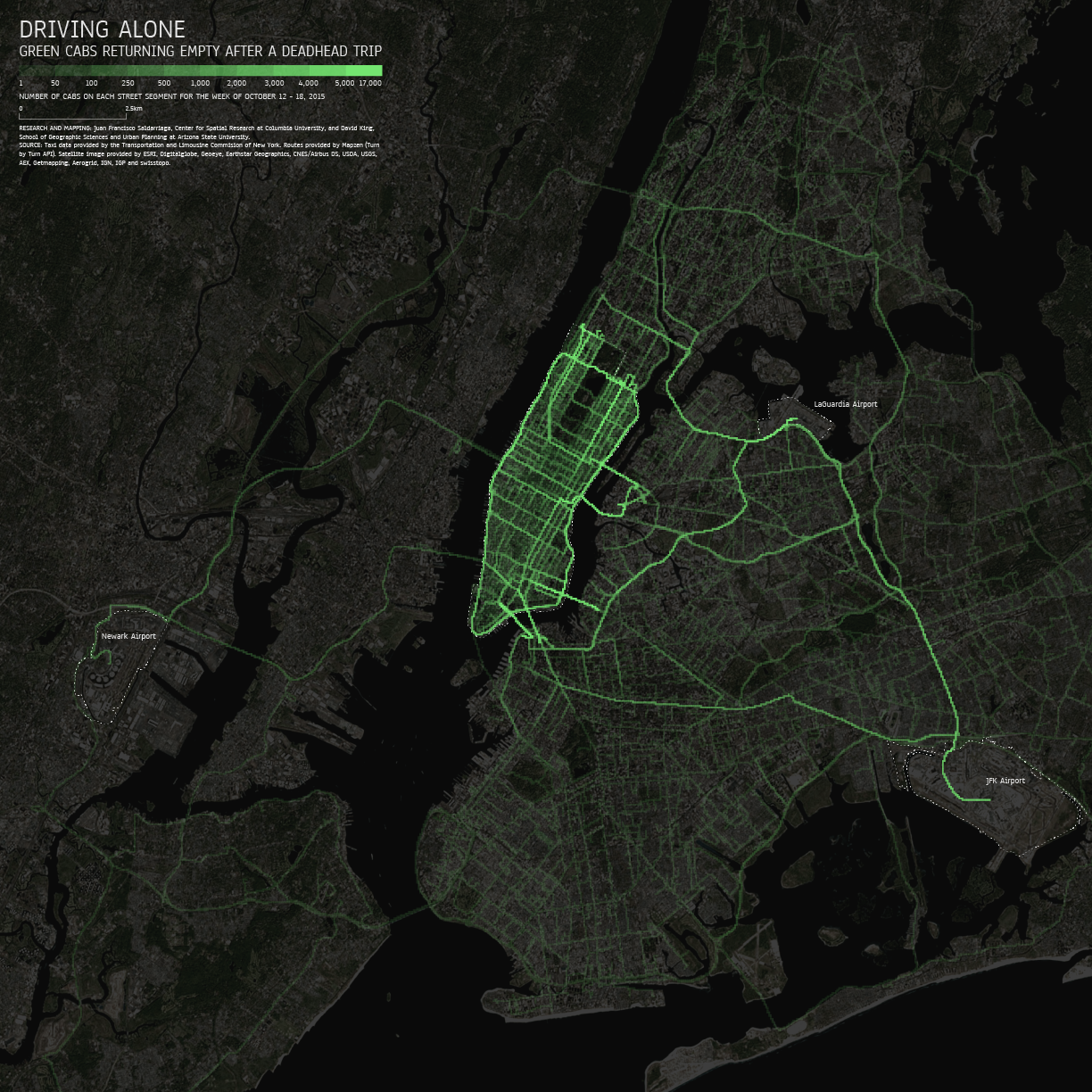 This project was built with ArcGIS, Adobe Illustrator, and Adobe Photoshop